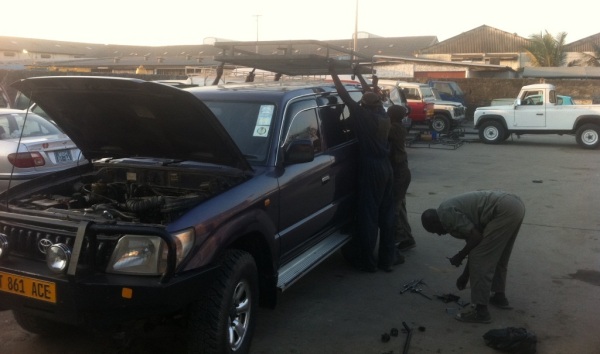 It took only 150km after our maintenance stop in Beira before our beloved came to a grinding halt. Joyously leaving town, we had but glowing praise for the Purple People Eater as we cheered ourselves on out of the city. How incredible was the ‘smoothness of the ride’? The ‘immediate power’ when putting the foot down? And the stress free driving from the ‘reduced running temperature of the car’!!! The PPE had never run better and we were rocking out as we made our way to the paradisical coastal town of Vilankulos, on our longest driving day of the trip so far, a lazy 550km south along the EN1.

And just like that, as we swerved around yet another set of knee deep pot holes and were nearing the top of another hill – the dashboard erupted in a glory of colourful magnificence. Emanating a dazzling array of yellow, orange, red and green – with unknown icons and words suggesting T-BELT, ( ! ) and OIL – I realised we had a pretty significant problem. And then we lost all power, the steering wheel required herculean strength to manoeuvre, and we came to a stunning halt on the shoulder of the road.

Hoping for some kind of miracle I turned the key to ‘Start’; rather expectedly – nothing came of it. The starter was turning but the engine would not budge. After realising we would need to hitch a ride to the next town to fetch a mechanic to come and help us, we  decided to put our new found fundi skills to the test. Cars need air, fuel, and fire to get going (thanks, Mr Brian!) and after some elimination, we realised it was a fuel issue. And we had just replaced the fuel filter. 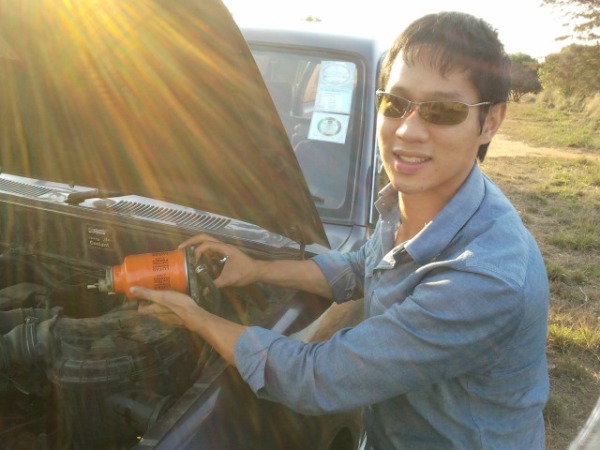 The fuel filter hadn’t been fitted properly and was leaking diesel. Air was getting in, which was affecting the fuel pressure into the engine. After tightening it up and pumping the filter, the car would start but quickly lose pressure again and stall. Not only was the filter not fitted correctly, the glue on the rubber seal had disappeared. After super-gluing the seal back on, pumping the fuel filter, and turning the engine over, we were back in business.

Before leaving Dar, friends would tell me that we would be expert mechanics by the end of the trip – desperate times call for desperate measures!!

Vilankulos was slightly disappointing – overpriced, cold, wet, and rainy – so we gave the famed island of Bazaruto a miss this time round for when we come back with a bit more money ($1200 pp per night) and headed for Tofo. 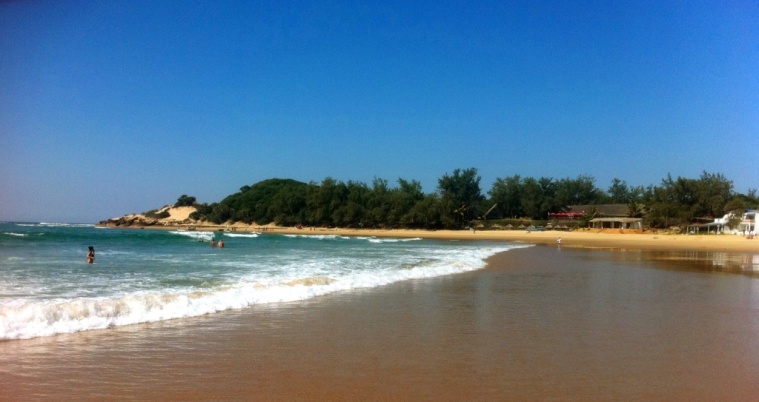 The spectacular beaches off Tofo are not only a sun-lover’s paradise, they are also a stopping off point for some of the world’s most incredible migratory sea creatures. Whale sharks, Manta Rays, and Humpbacks are commonly sighted – and Tofo is another expensive tourist destination for this reason. We did venture out on an Ocean Safari with Tofo Divers, a very professionally run diving outfit, and although the Whale Shark eluded me once more (to catch a big fish, perhaps you really do need a ring?), we were lucky enough to encounter a pod of humpback whales migrating north, with some Junior whales in tow.

These languid mammoths of the ocean are truly a sight to behold, but unfortunately, we were not allowed into the water, given the protectiveness of the whales when cubs are about. We experienced this first hand: as we were entering the water with some dolphins, two whales, over 15m in length and over 30 tonnes, surfaced right before our eyes and nearly capsized the boat. An incredible experience seeing these animals up so close! I was disappointed not to feel a little nudge on our boat, but our team lead Richie, said he quiet literally almost shat his pants. Ha!

So we’ve made it to Maputo and are making a break for Swaziland in the next few hours.

Catch you on the flip side!