We finally found refuge from the blistering heat of the Namib desert by heading for Namibia’s West coast. After three weeks of 35 degree (and counting!) temperatures, the crisp air of the Atlantic meeting the desert dunes on the Skeleton Coast was a sight to behold. Named after the numerous shipwrecks that litter the coast line, the latest of which having washed ashore only months prior after catching fire out at sea, the waters off the coast are fertile fishing grounds for angling fanatics. 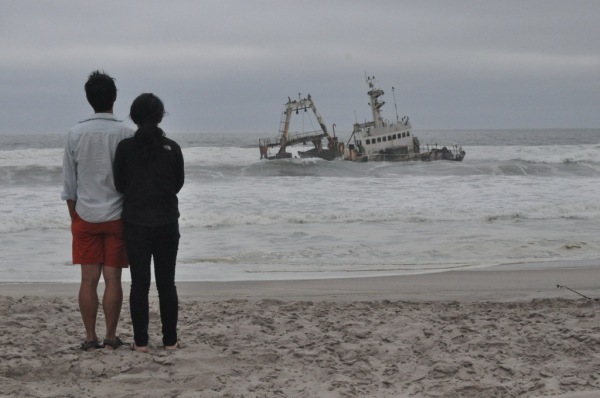 Watching over shipwrecks on the Skeleton Coast

We were fortunate enough to meet Paul De Witt, owner of Skubbebar at Henties Bay, who was kind enough to take us out fishing for the day. Despite our complete lack of experience, Paul’s helping hand found a 67cm Cob fish on the end of Christine’s line

and a slightly smaller specimen on the end of Alph’s!

Paul & Alph: “Not a good eating fish” – but a HUGE smile, nevertheless

We finished off the day feasting on Christine’s tasty catch, plus some of the finest calamari known to man and a German delicacy known as Eisbein (pork knuckle) at Skubbebar. The best we’ve ever eaten with some fantastically gracious hosts. Thank you, Paul and Petro! 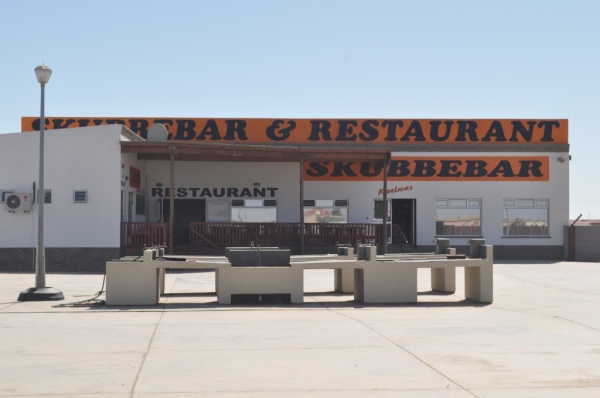 Skubbebar – fantastic food and the friendliest of hosts

Only 50km north of Henties Bay is a little known lake with salt content higher than that of the Dead Sea. The next day we were lucky enough to have a dip in it’s murky green waters, and the bizarre weightlessness in the water quickly became a highlight of the trip. 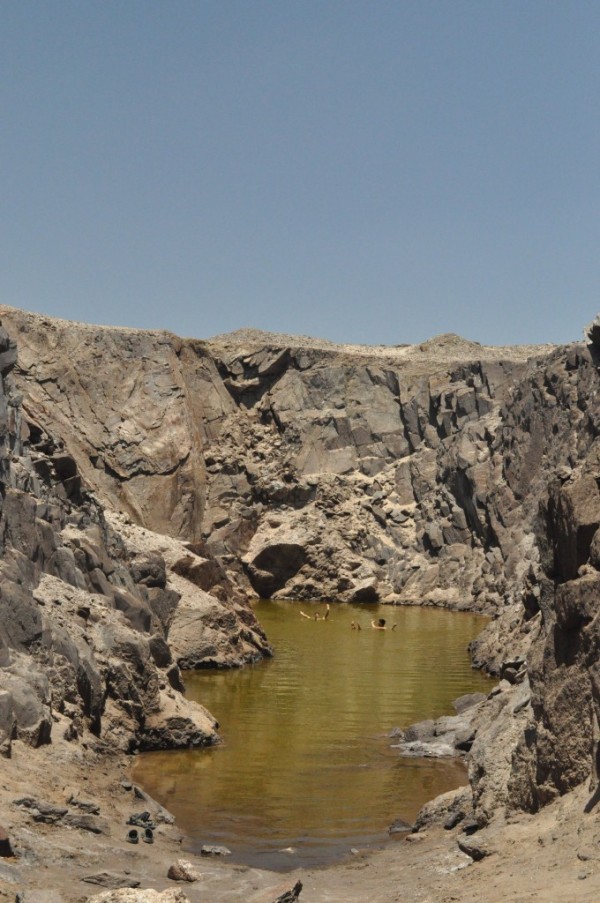 Hopefully we’ll get to experience it again in the real Dead Sea, if we ever make it out of Africa!

But until then – it is back to the sapping inland heat and up to the famous Etosha National Park.